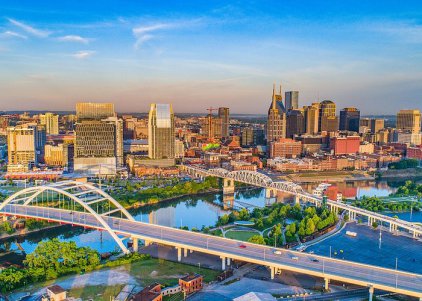 My goodness, doesn’t time fly? This was a fact brought home to me when we did a short Travel Service Talk at the recent Elvis Weekend Break in Bournemouth...and what a great weekend that turned out to be. We asked for suggestions for future destinations in the USA – either as stand-alone or to combine with Memphis and Tupelo. Niagara Falls was suggested, then Toronto – both having Elvis connections and are great places to visit. What about New York we were asked, to replace the

visit that was Covid-cancelled – now that’s a place we could easily combine with Memphis & Tupelo or it would make a great long-weekender on its own. And then the discussion really got going...how about Crystal River – Biloxi – New Orleans someone asked, combining ‘Follow That Dream’ with ‘King Creole’ and we know that Elvis loved Biloxi as that’s where he would stay with girlfriend June Juanico.

Train trips were mentioned – as well as a ‘proper’ cruise on the Mississippi, plus numerous other destinations – some we’ve been to, some we haven’t...but I bet we will! 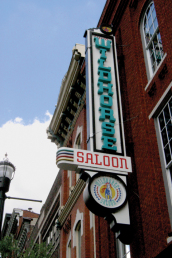 However with the Cost of Living going up and the world in a degree of turmoil we thought that it’d be best to keep next August’s tour simple, relatively short and as economic as possible....we’ll look at the rest of the suggestions later. So for August 2023, the 46th Anniversary, here’s what we plan to do.

Departing on Wednesday 9th August it’ll be an itinerary featuring 3 nights in Nashville, 5 nights in Memphis, 2 nights in Tupelo and one in the air – making 11 nights/12 days in total. The good thing about flying to Nashville is that there are direct flights from London – so no having to change planes.

Also the city seems to be on a mission to become one of America’s most exciting tourist destinations – with so much live music, great bars and restaurants and sights to see...especially Elvis sights.

Then we travel on, visiting the Johnny Cash ranch on route, to Memphis to see Graceland and all the Elvis sights that this amazing city has to offer and to enjoy the entertainment of Elvis Week. Onward theto Tupelo where, instead of a recently more usual day-trip, we’ll enjoy two nights staying at a hotel smack bang in the heart of this delightful town with ample time to visit the Birthplace, ‘The Hands’ Elvis statue, Tupelo Hardware and the other stores, and to get to know this, the friendliest little city in the Deep South. Finally we return to Nashville but, because our flight isn’t until the evening we’ll call in to Muscle Shoals, Alabama. One time ‘Hit Capital of the World’ many of Elvis musicians have hailed from here (as did Sam Phillips and Chips Moman) and its two recording studios must have

been sprinkled with some kind of musical magic dust. We arrive home on Sunday 20th August - a fascinating end to a simple yet perfect tour. 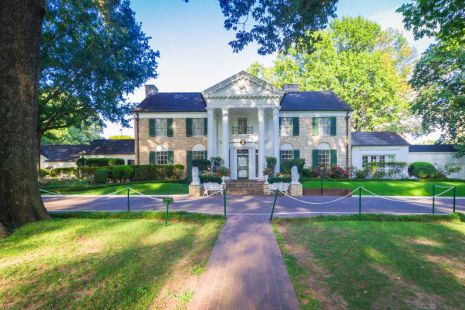 It will be a few months before we can give an accurate price for this tour simply because the airlines only compute their fares 11 months out (at the earliest) but, as usual, we’ll keep the prices as low as we can and the quality as high. If you are interested in joining us please drop us a line to to